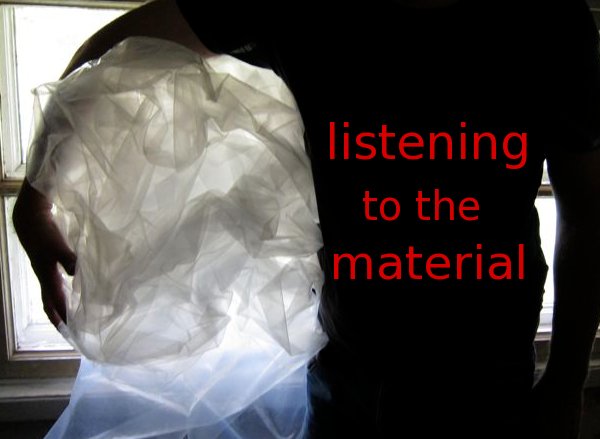 The Rovaniemi devising project was very special to me because it was the moment that my personal way of creating performance with materials crystallised into a set of tools that others could use independently. What had until then been an approach became a method called Listening to the Material.

The shift happened because I could not be the director (present and in control) of any one of the ten performances being created simultaneously in six different rooms yet I was responsible for the devising process.  I became a mediator between the objects and performers, setting the morning and afternoon tasks, visiting the rooms, observing and sometimes provoking, answering questions and inventing exercises to tackle common issues.

And by witnessing how others used my tools in connection with their chosen materials, I found my own respect for the power of objects to inspire performance had been renewed.